We recently handled a Motorola Droid Turbo 2 data recovery case in which the phone had suffered severe liquid damage. The contractor who brought it to us needed the text messages stored on it not for sentimental reasons, but to prove that a client had agreed to pay him for services provided. This was an important mobile phone data recovery case that would have legal consequences for the client, possibly even determining whether he would receive a significant amount of money in a court case or not. Since the phone wouldn’t even turn on, he brought it to resquoo to see if those important text messages could be recovered.

We started by disassembling the phone. Most of it had been ruined by the spill and attempts to charge the phone. But the tiny chip that we were concerned with was safe. We carefully removed the flash memory chip from the board and read the contents using a very specialized adapter. After we had what is called a binary image of the chip, we started descrambling the content.

We are glad that we were able to help our client recover this evidence and wish him the best of luck in his upcoming case.

Do you need mobile phone data recovery services? We work with iPhone, Android, BlackBerry, and Windows mobile phone operating systems, along with brands like Apple, LG, Motorola, and Samsung.

Contact us with as much information as possible about how your mobile phone failed and we will respond as soon as we can. 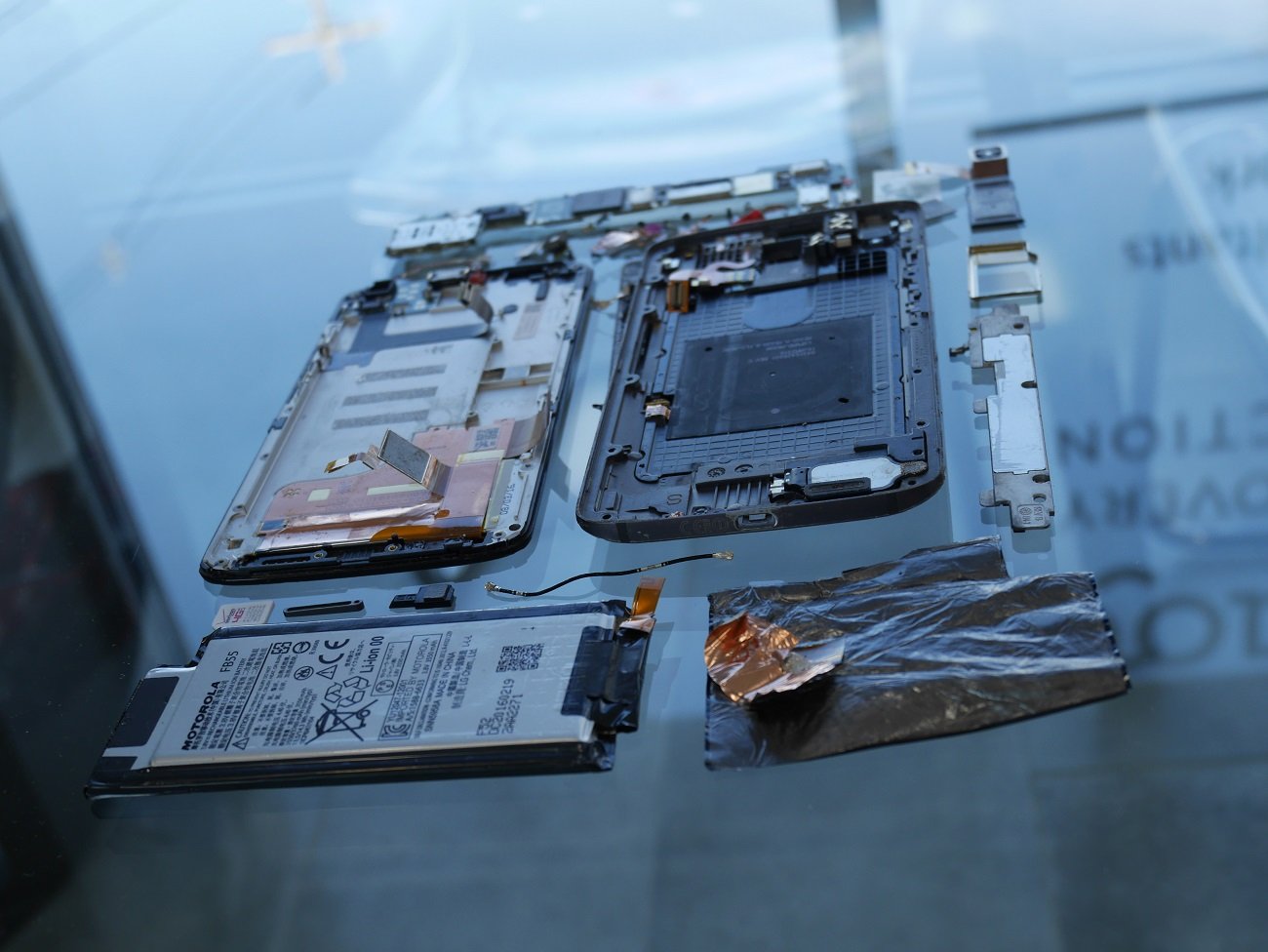 Astrid Martinez has been writing professionally since 2011. She specializes in creating content for the web. Currently, she lives with her husband and a tiny calico cat.